Two County Durham care responders have been praised by fire services for their quick-thinking, which helped save the life of 98-year-old Irma Oliver during a kitchen fire.

Mrs Oliver, a resident from Chester-le-Street, raised the alarm after a fire broke out in her home. Rebecca Henry and Martin Wanless, Care Connect workers at Durham County Council, responded quickly to the scene.

Care Connect helps elderly and vulnerable residents maintain their independence by fitting a variety of devices inside the home. These devices allow residents to call for assistance in times of emergency.

When her kitchen began to fill with smoke, Mrs Oliver used her personal alarm to alert Care Connect, and Rebecca and Martin immediately went to her aid.

Arriving at the property, the pair made their way into the smoke-filled house where they found Mrs Oliver had fallen and was unable to get up. A smoking pan was on the stove.

Rebecca and Martin quickly switched off the cooker and opened the doors and windows to ventilate the house before calling the emergency services. They then cared for Mrs Oliver outside of her home.

Fire services soon arrived to put out the fire and paramedics made sure Mrs Oliver had no serious injuries.

Rebecca, who lives in Meadowfield, said: “When walking into the property it was full of smoke, and finding Irma on the floor and a smoking pan on the stove, we knew calling the professionals and clearing the smoke was the main priority.

“Irma was unable to get up from the floor to call for help, but luckily she had her Care Connect pendant on her wrist, so once she had pressed that, we were quick to respond to help her.

“The fire service arrived quickly, and with oxygen Irma was chatting away within minutes. My job is very rewarding, Irma was lovely and had such a good sense of humour. If she didn’t have Care Connect in her property, the situation could have ended very differently.”

John Scott, watch manager from the Chester-le-Street division of County Durham and Darlington Fire and Rescue Service (CDDFRS), praised Rebecca and Martin for their swift actions.

In an email to Care Connect, he added that their quick intervention had stopped the fire from escalating and contributed to saving Mrs Oliver’s life.

Rebecca added: “Often our team are the first to arrive at an incident, and it’s very common we go into the property not knowing what to expect.

“It was lovely to see that the fire service had taken the time to send an email of compliment. I was shocked, but especially during these times, it’s good to know that the job we do doesn’t go unnoticed.”

Phil Innis, group manager for the North Division of CDDFRS, said: “I am in no doubt Mrs Oliver’s life was saved because of Martin and Rebecca’s quick thinking and decisive actions. With no thought to their own safety, they selflessly entered the property and prevented what could have been a completely different outcome. As a service, we cannot thank them enough.”

Cllr Carl Marshall, Durham County Council’s Cabinet member for economic development, said: “I would like to commend Rebecca and Martin for their quick actions which ultimately helped to save Mrs Oliver’s life during what could have been a serious fire had she not intervened.

“We are proud to have such committed and caring staff at Care Connect, and both Martin and Rebecca are a real credit to this. I am glad to hear that Mrs Oliver is doing well and that she was unharmed by the incident.”

For more information about Care Connect, or to apply for the service, click here.

Thanks to Tunstall for letting us know about this News. 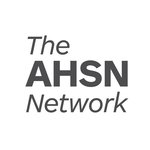